Send Us Your Crazy Appraisal Stories! This article was first published in the Appraisal Buzz Magazine. If you have shared a story with us in the past that was never published, please resend it. Your story could be one of the best this time around! Send your stories to comments@appraisalbuzz.com.

Have you ever walked away from a day thinking, “No one’s EVER going to believe this!” Well, we want to hear all about it! We are asking for submissions about your wildest appraisal stories! All the way from haunted encounters to animals that have been (unexpectedly) stumbled upon – Share with us and you could be featured in our Fall 2022 Appraisal Buzz Magazine.

The Smile Said It All
I was shooting comp photos when a large, muscle-bound guy ran out of his house and up to my car. He wanted to know why I photographed his house. I lowered my window and explained that I’m an appraiser using the sale of his house as a comp for an appraisal of a sale in his neighborhood. He stuck his head in the window and started yelling.
I tried to leave but couldn’t with him leaning into the car. I told him to move or I would call the police. He claimed he was the police, but later clarified he was with law enforcement but wasn’t a cop. He was threatening me legally and physically.
A year or so later, I was appraising in the same neighborhood. Before I leave, I like to ask the homeowners about recent improvements, upgrades, etc. The wife deferred to her husband who would be home any minute. It was him, the hot-headed guy who threatened me a year prior! I couldn’t tell if he recognized me. After a brief discussion he asked if I was finished with the appraisal. I told him I still had to take photos of comparable homes in the neighborhood. He smiled, just slightly. That’s when
I knew he remembered.
-Steve Kahane

There’s Never a Boring Day
I can honestly say that in my 35+ years as a real estate appraiser, there has never been a boring day. One of the things I enjoy about going into people’s homes is seeing what they collect and what their hobbies are. I’ve been in a basement which was a wall-to-wall train set, and I’ve been in a 3-bedroom home where two of the bedrooms were filled with display cases full of Disney memorabilia.
One homeowner collected Civil War era barber tools. How’s that for unique? I often wonder what happened to all those beanie baby collections.
Expecting the unexpected has become par for the course. One day, many years ago, I pulled into the driveway of a home I was to appraise. It was in one of those well-to-do established neighborhoods where many of the owners were retired executives. An elderly lady came rushing out of the house next door and asked if I could get her husband out of the bathtub. The gentleman was in his 80’s. He had stepped into the tub to take a shower, slipped, and sat down in the tub. He was uninjured, so his wife covered him with a towel, and I hoisted him up to a sitting position on the side of the tub.
I can’t say that in my time as an appraiser I’ve “seen it all,” but I’ve come close!
-Chris Hughes

Not Just Measuring Homes and Taking Pictures
I went to appraise a home for a movie producer in Brentwood, California. I knocked on the door and one of the producer’s boyfriends opened the door and invited me in. He was completely naked. He told me whatever I do, don’t let the cat out. As I went room to room taking photos, I met another naked boyfriend. He also told me not to let the cat out. As I went to the second floor of the house, I met the producer who was also naked. He told me again, “don’t let the cat out.”
I’m approaching the rear patio door to take pics of the rear of the house. Outside I see a beautiful pure-bred Persian cat. I know I didn’t let the cat out but I sure as hell better get it back in the house. I started chasing the cat in the rear yard. Finally, I grabbed it, but not before it ripped my blouse and caused my hands to bleed. Huffing and puffing from the chase, I tossed the cat back into the house and closed the door. A few moments later one of the naked boyfriend’s came over and said “that’s the neighbor’s cat. Get him out of the house.” I then had to chase the cat again. Finally, I caught the cat and put him out of the house. I was left there panting with a torn blouse and bleeding hands thinking appraising homes is definitely not just measuring homes, taking pics, and typing up forms.
-Mary Cummins

Lurch the Businessman
Early in my career, I was just out of college and looked younger than my 25 years. I was met by a bank trust officer at an inner-city retail building. It was formerly a corner bar with an adjoining laundromat, but now all converted into a mortuary! The trust officer and I went to the corner door (still looked like a bar) and were met by the tallest man I’ve ever seen on an appraisal inspection. He wore an all-black suit and filled the doorway. Picture Lurch from the Addams Family! The bar area still looked like a bar, but was now “the chapel,” explained Lurch.
Next – the embalming room. He opened the door to an empty, all tiled room. Tile went up the walls and the floors sloped slightly to a center floor drain. The room was empty. Lurch explained that they had a busy summer, (with lots of embalming business) but then the “floor drain backed up and the health department shut us down!”
Last, was the former laundromat that was now used as the “storage room.” Lurch opened the door and
immediately I noticed it didn’t smell right. I didn’t go in. The metal embalming tables were on the far side of this room. I took a picture from the door, got my photo, and now I’m ready to measure the exterior. I want to leave. But then, the trust officer walks right
in and immediately exclaims, “Oh my God, what are those?!” Just inside the (unrefrigerated) storage room behind the door were two waxed cardboard boxes that were approximately six feet by three feet. They looked like temporary coffins.
Lurch slowly explained, “Well, those are two bodies.” “But the room is not refrigerated,” I protested.
“Yes, well they were scheduled for cremation last week.. and, well, the check bounced.”
“So, there they sit?!” I said half laughing and completely shocked.
Lurch smiled and said, “Business is business.”
-Brad Allen

If you have shared a story with us in the past that was never published, please resend it. Your story could be one of the best this time around! Send your stories to comments@appraisalbuzz.com. for your chance to be in Appraisal Buzz Magazine! 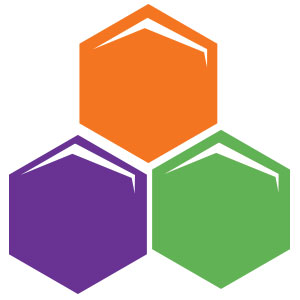 Keep up with the latest news, interviews, and topics with the Appraisal Buzz. Email comments@appraisalbuzz.com with anything you would like to tell our staff.
All Posts »
PrevPrevious PostRelocation Trends for Buyers in 2022
Next PostDo We Need a Neighborhood Section?Next