First off, it’s no tougher than anywhere else, but also like anywhere else, it has its unique attributes. Any such discussion needs to define some scope, so let’s first address the size. How big is it? Alaska is one-fifth the size of the continental United States. If placed on top of the continental US, it stretches from the east coast to the west coast. It has three full-fledged mountain ranges and more coastline than the rest of the US combined. Size is only a contributor to Alaskan uniqueness – we smack the rest of the US around in population density, or the lack thereof. There are only 1.3 people per square mile, the least in the nation. The great state of Texas at less than half of our physical size, but has 101 “pardners” per square mile. The US averages 89.5 people per square mile, and New Jersey clocks in at 1,210.

However, I don’t cover the whole state, just the 380 roadless miles of temperate rainforest known as Southeast Alaska. This is not the part of Alaska where one would be appraising igloos or commuting on snowmobiles and dogsleds. Nobody anywhere lives in igloos, (they are temporary hunting huts) but the dog sled/snowmobile mode of transportation is a thing in parts of the state, but not the Southeast. Southeast Alaska is a smashing of continental plates coupled with extreme glaciation. This created the landscape of deep salt water fjords draped with temperate rainforests that end in near vertical mountains rising out of the water. The mountains bordering the ocean squeeze the water out of the clouds to the tune of 160” of rainfall annually in the town of Ketchikan, the second largest city in the region. It contributes to the lush vegetation all around us and the webbed feet of our few residents. It also contributes to our architecture with corrugated metal siding and roofs being all the current rage. Large unbroken roof lines and minimal wall angles help with weather proofing and snow shedding, but would not fit well into a drier climates’ decor. But in general, the climate here in the Southeast is mild. By far the coldest winter I have ever spent was in North Dakota. So, beyond the waterproofing designs of the homes we appraise, what sets appraising here off from the people “Outside” more than anything is the transportation.

The “big three” towns in Southeast are Juneau, Sitka, and Ketchikan. They each have resident appraisers and roads to the homes they are appraising. While the roads have a great chance of being covered in black ice five months a year, getting to a subject property is not all that big of a deal. While most homes are not highly conforming tract homes owned by Home Depot addicts, they are not all that unusual either. Now the sites are a different story, we live on mountain sides that flow into the water and a flat conforming site is an oddity. Waterfront sites vary in value by 300% based on the terrain and the section of water you’re on. Acreage can be worthless based on unbuildable steep or flat terrain, unbuildable wetlands (remember, 160” of rain). All in all, a decent appraiser soon gets used to it. However, there are no appraisers outside of those three towns, so that is where the real challenges start.

There are no roads connecting the towns in Southeast. Essentially, we are an island nation. Transportation is mostly by way of small planes (6 seat Piper’s being very common), float planes, and the State ferry system for the larger towns and villages. There is a jet service to five towns that offers fly-in service to the smaller markets.

My experience in small planes has been wondrous and terrifying. The wondrous part is when on my way to appraise a property in Skagway (northernmost town in the Southeast and a famous Gold Rush town that fed the Klondike Gold Rush). We took off out of Juneau and headed immediately to the Mendenhall Glacier, which is about a five-minute flight away and a drive up glacier in Juneau. This leads to the Juneau Ice Field, a field of ice that covers 1,500 square miles between the coast of Alaska and British Columbia and is the “feeder field” for over 150 glaciers. It’s simply spectacular. After 40 minutes of mouth dropping views of ice towers and crevasses, we fly into a box canyon and I see no way of flying out. When suddenly appears, hard to our right, one of those aforementioned glaciers, tumbling down the mountain to Lynn Canal, a part of one of the longest fjords in the world. Five minutes up the fjord and we are landing in Skagway. Skagway is interpreted from its native origins as “home of the north wind” and is essentially a large box canyon. Together, those items make for a “thrilling” landing in a six-seat aluminum tube known as a small plane. Every commuting appraiser going anywhere in Southeast has had at least as much fun as that.

The terrifying part comes when you’re cruising down the fjord on your way back, a puff of smoke comes out of the planes dash, the radio starts flickering on and off, the pilot dives the airplane to 100 feet, and you spend the rest of the flight in abject horror thinking how rough the landing will be in the cold, cold water below. When we finally do make it to the airport, it is shut down with the emergency lights on and every form of emergency crew (fire dept, ambulance, etc.) in attendance on the side of the field. Another day in the appraisal commute. Makes the black ice sound pedestrian.

Of course, the people that you meet go a long way to defining the Alaska appraisal experience. Us rabid fjord dwelling appraisers here in the Southeast have had to learn the ropes in a variety of different towns. One is knowing the best source of data. Once you get out of the big three towns, the MLS and similar standard sources are of little use. I found the best source of data in Gustavus Alaska was the taxi driver. There is (was, this is some time ago) only one, and he not only knows the towns business and who is buying or selling what, but he also knows down which long dark unmarked road they live. Seldom have I ever received such complete data on my comps.

Then there are the local building insights. The aforementioned Skagway is built on an old glacier river bed that is comprised of rocks and boulders such that the ground drains better than most people’s kitchen sinks. On my first trip to Petersburg, Alaska, I was admiring the extensive rear deck of my subject property. Needing a rear picture of the whole place, I stepped off that deck onto the rear “yard.” In my ensuing battle with “muskeg” (a nice inviting mossy topping to what is essentially a quicksand pit). I am sure at one point I sunk at least to my knees. And the whole town is built on it! You can tell the houses that were not built on pilings because all that’s left of them is an impression in the ground. And that, my friends, is a brief overview of appraising in Southeast Alaska.

Born of second generation Alaskan families from Ketchikan and Skagway, he split the difference and landed in Juneau. He attended college In Washington (PLU) and Colorado (DU). Moved to California (Orange & LA counties) in the 80’s where he began as a staff appraiser for Home Mortgage (Ahmuson, now gone) and Cal Fed S&L (now Bank). He then moved to Seattle to help start an appraisal business and eventually moved to Juneau, AK in the early 90’s to start his own business. He has since built the largest residential appraisal business in Southeast AK and now is happily "bossing only myself around out of my spare bedroom and making sure my dog knows where home is." He is currently appraising, building data & office management software using Filemaker pro, and loving it all.
All Posts »
PrevPrevious PostLas Vegas Housing Prices Drawing Winning Hand
Next PostHUD Announces Brian Montgomery Nomination for Deputy SecretaryNext 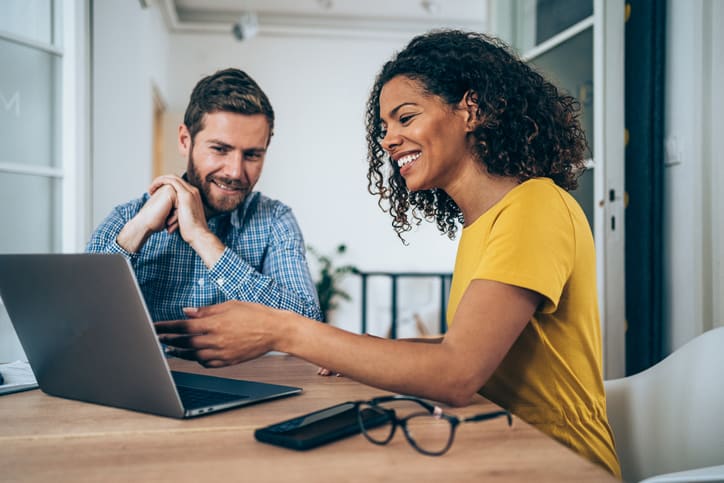