Appraisal Forms and the Model T It took me a little while, but I finally organized all of my scribbled notes from this year’s Valuation Expo conference in Las Vegas. One of the themes that I observed was how well (or poorly) residential appraisers were doing regarding their part of the risk mitigation puzzle. There was quite a bit of discussion regarding (or inferences to) psychological biases and how those impact appraisers and the quality of the appraisal product. I wasn’t surprised so much by what was said, but found myself very surprised at what was omitted.

The omission was the almost complete lack of discussion of the outdated appraisal forms. It was particularly surprising since so many of those psychological biases are institutionalized into the appraisal process by the GSEs (Fannie Mae and Freddie Mac) themselves. Simply stated, why do the GSEs require appraisal forms which are so poorly suited for their purpose?

The purpose of the appraisal forms is a vehicle for the transmission of information relevant to collateral risk. Those forms are supposed to make that information easily accessible, consistent, and cheaper than a narrative report. Think along the lines of the Ford Model T, produced on a moving assembly line on a scale never before conceived. The problem is that over time that vehicle has proven less and less reliable to deliver on its purpose. Think 1971 Ford Pinto, or even a Yugo.

So what are some of the issues?

Comparable Photos:  This is the number one hot-button for most of you reading this article.  Why on earth am I driving by and taking a picture of a home 4 months after it sold when there are 36 photos of that property in the MLS, 16 satellite images, plat maps, geocoded location maps, and Google street views?  Not only does this drive up the cost of appraisals, it also creates terrible incentives. The first and foremost is the incentive to choose a pool of comparables prior to the inspection. Who wants to drive out to the subject’s neighborhood twice? Nobody. How many clients want to wait for the appraiser to make two trips? Not many.  In fact, the clock is ticking from the moment you arrive at the subject. The client is counting down the seconds between the inspection and the delivery with your rating hanging in the balance. When the subject property is different than you thought at the time you researched your original comparables, the incentive becomes to make those original comparables work.  This incentivizes a potentially less credible report, greater appraiser liability, and ultimately a report that is less reliable to the purpose of assessing risk.

Definition of Market Value:  There are many who have lamented the reliance on the sales comparison approach. Their argument is often that appraisers are just tracking along with price bubbles. Of course they are. Read the definition of market value which is part of the scope of work embedded in a 1004 appraisal. A single point value based on a specific moment in time, which is supposed to predict the most probable price at that moment, will track the bubble. The definition of market value virtually guarantees it. Any student of economics can tell you that shifting imbalances in supply and demand will cause movement in the equilibrium price. This is not a sales comparison approach problem. A greater reliance on the cost and income approaches to value, which is the answer touted by some, is not the solution. If the appraiser is following USPAP then those approaches will be a slave to that definition of value as well. Thus, the definition of market value itself creates a bias toward higher market risk.

Number of Comparables:  One of the more interesting terms discussed was a form of bias known as anchoring. This is the cognitive bias of relying too heavily on an initial piece of information. I may be alone here, but I believe that a form designed for only three comparables creates an anchoring bias. While many appraisers will evaluate a far greater number of potential comparables (on at least a preliminary basis), the form itself creates a bias toward narrowing down the comparables to only three for more detailed analysis. I have heard it reported that 1004 appraisals have an average of 3.85 comparables. I respectfully submit that the average appraisal is not well-served by that number of comparables, so why allow anchoring bias to be hard coded into a mandatory format?

I know that I have just scratched the surface of these issues, and have omitted as many others.  “Big data” has been the focus for many as the answer to the risk mitigation question. While copious amounts of data can be useful in answering macroeconomic questions, the microeconomic questions are best suited to a local expert in a given market. That should be the way that the appraiser is viewed. There is nobody better than an educated, geographically competent appraiser to answer some of the most relevant questions of risk. Why not unleash the potential of the industry to become the most that it can be?

The GSEs have only just begun very preliminary discussions in regard to updating the forms. In my opinion, Fannie Mae should put at least as much effort into these reforms as they did in creating and implementing the Collateral Underwriter system. If not, I don’t want appraisers to be the ones blamed the next time the mortgage market is stranded on the side of the road with the hazard lights blinking. 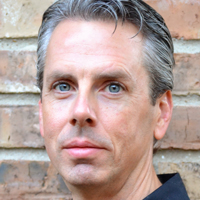 Brent is the president of Texas Valuation Professionals, Inc. in Plano, Texas and has been appraising residential real estate in north Texas for 20 years. He graduated from Baylor University with an enthusiasm for both economics and real estate, which made real estate appraisal a perfect fit. Rarely satisfied with the status quo, Brent hopes to always be open to further development, both professionally and personally.
All Posts »
PrevPreviousAre Baby-Boomers Giving Up Homeownership?
NextSurvey: Top Skills Among Real Estate AgentsNext